What is a Covid case? The false positives and the non-infectious positives 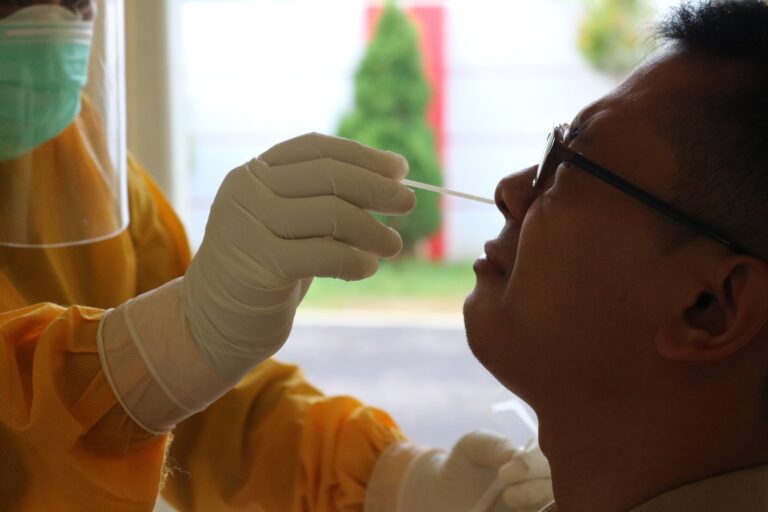 Every day we are informed about the number of new infections by the “new coronavirus”, also known as “Covid-19 cases”. However, do the reported cases all correspond to infected people? Are they all Covid-19 cases? What do these numbers represent?

The reported cases are mostly identified through PCR tests (through swabbing) that are currently being done on a massive scale. This can lead to several limitations.

The characteristics of the tests – sensitivity and specificity – which determine the probability of false positives and false negatives, are calculated in ideal situations, with hospital samples containing high viral loads.

When applied to asymptomatic individuals living in the community, they may reveal to be substantially different from the basic analytical characteristics.

“In a clinical or community setting, there may be inefficient sampling, laboratory contamination, degradation of the sample, or other sources of error that will lead to an increase in the number of false positives or false negatives.”

Low prevalence and the increase of false positives

Another aspect that can further increase the value of false positives is the low prevalence that exists in many countries.

In May, after the portuguese newspaper Expresso reported that 8 of the 10 Covid tests carried out on football players from Vitória de Guimarães and Famalicão were false positives, the laboratory (Unilabs) justified that:

“The tests are not 100% reliable. The test has 97% specificity and 83% sensitivity, therefore 3% false positives. We are within that statistic. There is no error, it is a characteristic of the test itself”.

How is it possible that a test with a 3% base error rate in calculating false positives can justifiably give 80% of wrong results?

This is explained by the prevalence of the disease, i.e. the percentage of the population infected. Let us consider that 0.5% of the population that is really infected by the SarsCov-2 virus (the recently estimated value in England was 0.41%).

The characteristics of the tests are not fully known in some countries, namely Portugal. But let’s consider the values advanced by the mentioned laboratory (which may not be universal) – they have a margin of error of 3% in the detection of negative cases (generating false positives) and of 17% in the detection of positive cases (generating false negatives).

What will be the probability of a positive case being really an infection?

At first glance it may seem high. However, if we take into account the base rate (in this case, the prevalence of the virus in the community) the calculations are more complex.

To simplify, let’s look at the following illustrative table.

If 30,000 random population tests were performed, we would have:

The traditional use of the test focuses on people with symptoms and strong signs of the disease, and assumes a high basic probability. Thus, the margins of error for false-positive tests are negligible. With the new strategies, or even free testing by the population (as occurs in Portugal), and since the baseline probability is very low, the number of false positives may be significantly higher.

To better understand the base rate phenomenon see this example.

Are the positive cases infectious?

Another equally critical question is whether even true positives are infectious, and whether PCR tests are a reliable diagnostic method.

The inventor of the virus himself, Nobel Prize in 1993, warned of the misinterpretation of PCR test results:

“With PCR, if you do it right, you can find almost anything in almost anyone… It’s not an estimate, it’s really a quantitative thing. It says something about nature and what’s there, but it allows you to start from a really tiny amount of something and make it measurable and then talk about it in conferences, etc. As if it were important”.

Currently the criticism continues to focus not on the test itself, which has even improved in terms of reliability, but on its misuse.

The question surrounding the limit of cycles addresses exactly this problem. The WHO guidelines consider the limit of 50 amplification cycles (it was later updated to 40). But is this an adequate procedure to detect infectious cases?

If more cycles are being used than the “reasonable” ones, we will in fact find fragments of the virus, but very probably inactive, that is, unable to infect.

Studies on the infectiousness of positive cases

To see if the viruses detected in positive tests were indeed active, the Centre for Evidence-Based Medicine at Oxford University reviewed evidence from 25 investigations. In these studies, virus samples from positive tests were placed in Petri dishes to see if they developed. Most of the results indicate that there is a strong relationship between the cycle limit used to try to detect the virus and the effective infectivity.

Several other studies point in this direction. In a review of 79 studies since the onset of symptoms it was concluded that the RNA of SARS-CoV-2 can remain in the airways for up to 83 days, but that the duration of the viable virus is relatively short – 8 days at most from the initial symptoms. In another study no growth was found in the viral samples when the cycles were higher than 24, and when the symptoms occurred more than 8 days ago. Other investigations seem to point in that direction.

These results should be considered with some reservations. Some are not peer-reviewed and may present some inaccuracies because they are based in part on reports. However, they reveal some consistency in the results.

In Portugal the quarantine/ isolation of asymptomatic (or mild symptoms) was also reduced from 14 to 10 days, which represents the recognition that the probability of transmission after a few days is very low or zero.

Professor Heneghan (Oxford University) concluded that infectivity decreases sharply from day eight, even in cases of high viral load, and that the probability of still being contagious is reduced. However, according to the researcher: “After the eighth day, the fragments of RNA can still be found”.

It is worth noting that it was Professor Heneghan that detected serious irregularities in the counts of deaths associated with Covid-19 in the United Kingdom, which led to a review of the registration process and a substantial reduction in the number of Covid deaths considered until then.

In this case, he and other researchers may also have identified a serious problem in the way the results are being applied and interpreted.

“Some studies report up to 70 days of intermittent fall. This is important because what we want is to find those with active infection, not those with fragments of RNA”.

Articles like the one in the New York Times, or in the Belgian press also cite other experts who are alarmed with the fact that many cases are being considered as infections, when in reality they have little (or no) chance of being so.

According to information gathered with the National Institute of Health Ricardo Jorge (INSA), most tests in Portugal contemplate 40 amplification cycles. Far higher than the value considered adequate to consider a positive result as infected.

In a next article we will address the issue of the connection between detected cases and mortality to try to understand whether or not the numbers reinforce the possibility that we are misinterpreting what is a covid-19 case.

* Article made in collaboration with Tiago Pimentel.