What is evolutionary incompatibility? 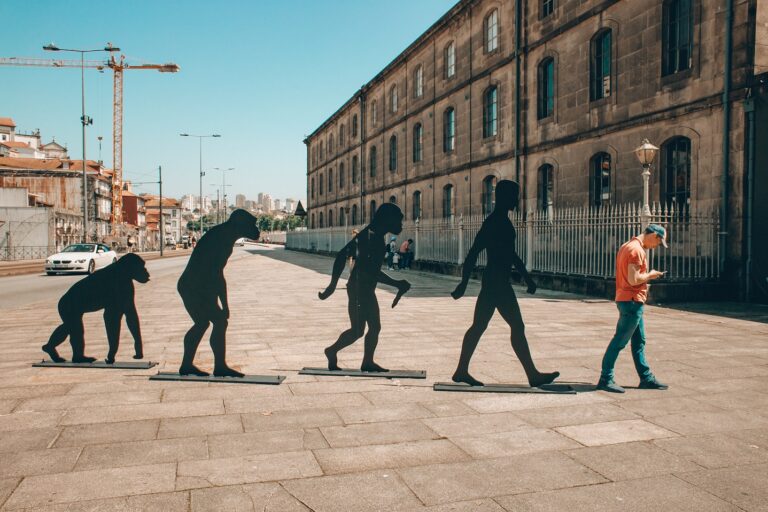 What we are today is the result of millions of years of evolution. All of us are the result of an unbroken family line (of ancestors). For this it was necessary (besides a lot of luck) to adapt our characteristics to the difficult challenges we faced. The success of this evolution manifests itself essentially in our ability to survive, to reproduce and to guarantee the viability of the descendants.

The characteristics that increased the probability of success were maintained, and those that decreased were eliminated. This was a very slow process and was done through (natural) selection.

However, in modern contexts much has changed rapidly. Drastic changes in lifestyle, social organisation, access to food, medical treatment and many other things led to very different needs.

As the speed with which the context changed was much greater than the capacity to create new adaptations, a mismatch was generated in many areas: an evolutionary incompatibility. Some of the mechanisms and characteristics that represented an advantage are a problem today, both on a genetic and cultural level.

Some examples of cases of evolutionary incompatibility:

One of the things that most attracts the attention of the leaders of large organizations is their height. The vast majority are tall. In Blink (2005), Malcolm Gladwell talks about the average height of the CEOs (men) of the 500 largest American companies. He came to the conclusion that the average was 183 cm – the national average was 175 cm. About 58% of these CEOs were 183 cm or more. Only 14.5% of the population is this tall.

Also in political campaigns the timing is a strong predictor of the final outcome. Most elections are won by the highest candidate and the last 10 US presidents have an average height of more than 185 cm.

If, in order to be the leader of modern organisations, height does not represent any kind of advantage in the first place, why do we perceive tall people as more capable?

The answer lies in evolutionary incompatibility. In the past, leadership was very much about physical strength, essential in activities such as hunting or war. Today, although this is no longer the case, we still perceive the best leader as in ancient times.

This heuristics (mental simplification) causes a bias that conditions us in making the right decisions.

Approximately 13% of women worldwide suffer from postpartum depression within three months of giving birth. Some studies suggest that this disorder may result from evolutionary adaptation.

In the hunter-gatherer society there was a strong family bond, which supported and protected mothers and children. Today, in some cases, this support is much smaller, and it is suggested by many researchers that this triggers our ancestral mechanisms.

In the past, when parents perceived little social support or little chance of survival for their descendants, they reduced their efforts and motivation – a behaviour also analysed as a final or instrumental strategy to stimulate greater social support, and thus increase the chances of survival.

Although postpartum depression includes other variables, in the context of evolutionary adaptation the problem is more frequent in families with little social and family support.

A large part of the world’s population now performs much less physical activity than ancient humans. Technological developments have been reflected in agricultural processes, means of transportation or new forms of work, and have significantly reduced energy consumption.

Unlike our ancestors, hunter-gatherers, who burned about 3,000 calories a day, in western societies this expenditure is substantially lower.

The human organism has not had time to adapt to such low levels of activity and this predisposes us to a varied set of pathologies.

There is also a relationship between low energy expenditure and high consumption.

Our ancestors lived in the uncertainty of when the next meal would be, until it could take several days. During that time the physical activity would be intense. Thus, the energetic storage, in the form of fat, was a decisive adaptation for survival.

Today, the availability of food is much higher, its energy index is high and our energy consumption reduced.

The behavioural and biological adaptations that were decisive for survival, because they allowed us to store energy, can be harmful nowadays.

This evolutionary incompatibility is at the origin of most of the diseases that affect us: cardiovascular problems, diabetes, obesity, some cancers and many others.

These are just some examples of possible mismatches between past adaptations and current needs. Many others have been suggested in areas such as: cognitive heuristics, extreme forms of tribalism, reproductive age, gambling addiction, drug use and many others.

Although we see ourselves as the result of the world in which we live, we have an ancestral heritage that conditions us greatly. We adapt to the modern world with many mechanisms developed in the past. Often these adaptations are imperfect and can even be very damaging.

Many of these mechanisms can be counteracted in some way. The first step in doing so is to get to know them.