Collateral damages of a lockdown 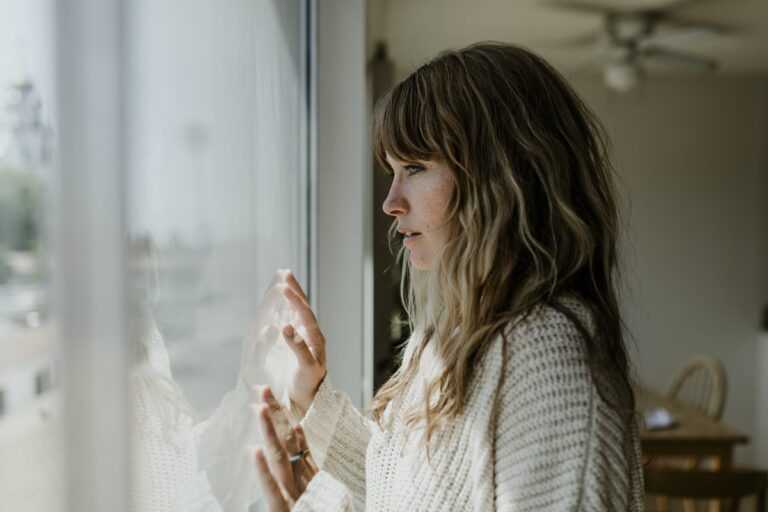 After the so-called first wave, many countries gave assurances that they would not use lockdowns again as a strategy to combat Covid-19, because of the strong economic and social impact of this measure.

Six months later, several countries around the world are again using lockdowns – either wholly or partially – to combat the second wave. Are we following the science?

There is no consensus on lockdowns, and there has been some controversy over the past few months, not least because both ‘sides’ ensure they are following the science. The experts seem to be divided into two camps.

Recently, thousands of scientists and health experts have joined a global movement – Great Barrington Declaration – which warns of the devastating impact of Covid-19 containment policies on physical and mental health.

The group, which brings together over 6,000 scientists and medical experts from around the world and 50,000 members of the public, argues that protection measures should be focused on the vulnerable population rather than on healthy people, and criticises the fact that the measures taken do not address “non-Covid” damage. The price to be paid for closing down the economy and medical services will be far more “deadly” than the virus itself.

This movement has prompted warnings from other elements in the scientific community that this more targeted approach does not take into account the risk of long-term complications, and may hamper the overall protection of vulnerable people.

Moreover, most governments rely on models developed by some institutions (e.g. Imperial College) whose high predictions of deaths and depletion of hospital services have justified very drastic measures.

Who is right? At a time when the positive results of the constraints are still being discussed and verified, we can analyse some of their unwanted effects.

The impact of lockdowns

David Nabarro, WHO Special Envoy for Covid-19, called on world leaders not to use containment policies as the main measure to control the Covid-19 virus, and argued that these restrictive measures should only be used as a last resort because of the strong impact they have at various levels.

The economic impact of lockdowns is perhaps the most perceptible at first sight. – for the country, for businesses or for households. The closure of businesses, rising unemployment (and debts) and lower economic capacity of people quickly lead to a number of side effects of the fight against the pandemic: hunger, health problems, increasing crime, greater pressure on support resources, among other examples.

But aside from the financial aspects, the first containment showed that the closure of society, even if partial, carries with it other critical consequences, perhaps less visible, which may penalize the country in the short term.

To ensure an adequate response to the Covid cases, governments have adjusted their health systems and reduced some services. In Portugal, the reduction in the supply of health care due to policies against Covid-19, together with the lower demand for such care for fear of infection or changes in care, are two of the variables that may have contributed most to the increasing excess of mortality in our country – both in the first wave and the second.

In Portugal, on 18th 18 October, there were 5,738 unexplained excess deaths on the fringes of the Covid deaths. In the United States, according to the CDC, there are 100,947 excess deaths that are not linked to Covid-19.

In addition, this reduction may contribute to an increase in chronic health problems aggravated by a lack of support, testing or even direct medical intervention, which will overload the health system in the medium term. This scenario includes those who die in the short term during their own confinement period and those who die later due to the gradual worsening of diseases – cancer, diabetes, heart disease, HIV, malaria or even tuberculosis which kills 1.5 million people every year.

In the poorest countries, which depend on humanitarian aid, putting these diseases in the background is even more dangerous.

“Covid-19 is compromising all our efforts and taking us back to where we were 20 years ago,” said Pedro L. Alonso, director of the World Health Organization’s global programme against malaria.

The new coronavirus has not only diverted scientific attention away from tuberculosis, H.I.V. and malaria, but has created insurmountable blockages for patients who have to travel to get diagnoses or medicines, particularly in Africa, Asia and Latin America. Restrictions on air and sea travel have severely limited the delivery of medicines to the most affected regions.

About 80% of tuberculosis, H.I.V. and malaria programmes worldwide reported service disorders, and one in four people living with H.I.V. reported problems in access to medicines, according to the United Nations.

Several studies, led by researchers at the universities of Keele, Leeds and Oxford for the National Institute of Cardiovascular Outcomes Research (NICOR) supported by the government, show some 2,000 extra deaths from cardiovascular disease during the lockdown in England. A recent report says that in the next five years some 75,000 people could die from vaccine-related health problems due to a lack of timely care, including failed cancer diagnoses, cancelled operations and the impact of the recession on health.

In Portugal, the Covid-19 pandemic caused the total number of transplants performed in the first half of this year to fall by 52%, as well as the number of deceased donors which fell by 55% compared to the same period in 2019, according to data from the Portuguese Institute for Blood and Transplantation. The number of donations in cardiocirculatory arrest has stopped as a result of a joint regulatory circular issued by the DGS, IPST and the National Institute Dr. Ricardo Jorge (INSA), having an impact on the 50% reduction in the first half of the year. The donation in life also reduced 78% and the sequential donor stopped completely.

Isolation also aggravates suicide rates and mental health problems. A CDC study released in August reveals that one in four young adults between the ages of 18 and 24 say they have considered suicide because of the pandemic. The data also point to a wave of anxiety and substance abuse, with more than 40% of respondents claiming to have suffered from problems associated with Covid-19.

Calls to helplines increased by 890% in April compared to 2019. This behaviour is attributed to social isolation, not to fear of the consequences of the disease. Suicides increased by 70% in some states.

In Portugal, 412 people have committed suicide by 9 November, 21% more than in the same period last year.

Another indicator is drug consumption and overdose deaths. The CDC indicated that overdoses at national level increased by about 18%. The Centre for Disease Control and Prevention found that young adults aged 25-44 had the highest increase in “excess” deaths compared to previous years – 26.5%. This increase was largely attributed to “desperate” deaths.

In Portugal this indicator is not known, but compared to 2019, an additional 248,000 boxes of antidepressants were bought in Portuguese pharmacies between January and May 2020, a reflection of an increase that already coincided with the effect of the Covid-19 pandemic and the consequent confinement. In total, more than four million packages were purchased.

One study says the United Nations and WHO should strengthen their focus on mental health issues, including suicide prevention. These organisations say that:

“The mental health consequences are likely to be present for longer and reach their peak later than the current pandemic. Suicide is likely to become a more pressing concern as the pandemic spreads and has long-term effects on the general population, the economy and vulnerable groups“.

The increase in domestic violence and hunger is one of the problems already highlighted by several supporting institutions. Since the beginning of the pandemic, the Food Bank Against Hunger has helped an additional 60,000 people who have been left without income due to the arrival of the new coronavirus. The UN World Food Programme has warned that the number of hungry people could double by 2020 and exceed 250 million. Hunger linked to the virus could lead to the death of an additional 10,000 children a month during the first year of the pandemic, according to an urgent call for UN action, shared with The Associated Press before its publication in the Lancet medical journal.

The Covid-19 pandemic could reverse 30 years of progress in combating global poverty, and increase inequality, warned the International Monetary Fund (IMF). Some 90 million people could be plunged into extreme poverty this year, which means they will be forced to survive on less than $1.90 a day.

“People who depend on daily wage labour have faced sudden losses of income when restrictions on mobility were imposed”.

In October the international agency indicated that it estimates a drop of 4.4% in world GDP, a less negative forecast than that released in June. Recent data, it said, suggested that many economies have begun to recover at a faster pace than anticipated after the major lockdown. Since this revision, many countries have imposed new constraints.

Regarding violence, there have been no significant security incidents in the state of emergency and in disaster and contingency situations, according to the PSP. Arrests for the crime of domestic violence have decreased by about 32% since the beginning of the Covid-19 pandemic, compared to the same period in 2019.

But does this mean there is less violence? The covid-19 pandemic has exacerbated pre-existing cases of domestic violence and the National Support Network for Victims of Domestic Violence requests for help by telephone and digital means have increased by 180% compared to the first quarter of 2019. The same happened after the deconfinement period, from an average of 2,500 attendances to 4,500 attendances.