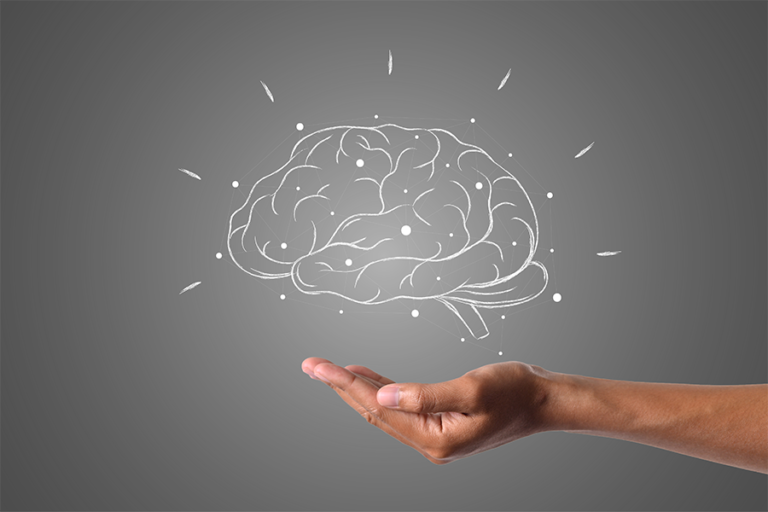 Many people believe that we only use a small part of the brain.

In an online survey conducted in the United States, the majority (65%) of the more than 2000 adults surveyed considered true the statement that we use only 10% of our brain. In another study, conducted among psychology graduates, a third estimated the brain capacity we use at 10%.

In Brazil, in a sample composed only of graduates, almost 60% gave the same answer – 10%. In this particular study, 6% of neuroscientists agreed with this idea, and 26% responded “don´t know”. According to a large study conducted in the United States, about 33% of the teachers interviewed – primary and secondary education – also believe in this 10% theory.

As with many other ideas that spread to millions of people, and are maintained over time, this theory has no foundation. It is a myth.

There is a lot of evidence that disprove this idea. Various technologies, such as scans and functional magnetic resonances, reveal that all parts of the brain are involved in our daily tasks. Even with different levels of activation, and depending on the activities, no completely inactive zones have been found.

The origins of the myth

The origins of this myth are not well defined. Among the various hypotheses is the misinterpretation of some scientific articles from the beginning of the 20th century, including by researchers of the time.

Regardless of the origin, this idea was later disseminated in various ways, such as through self-help books, television series and even commercials. But what had the greatest impact on its perpetuation was Hollywood, which explores this appealing concept to this day on a recurring basis. This is what happens in films like Phenomenon (1996), Limitless (2011) or Lucy (2014).

“The average person uses 10 percent of their brain capacity. Imagine what she could do with 100 percent.”  – Phrase from the poster of the film Lucy, starring Scarlett Johansson and Morgan Freeman.

How to boost the brain

It is true that there are many other questions about the functioning of the brain which are not (yet) answered. When we have them, we can understand it better.

However, the idea that we do not yet use 90% of the brain is not true. The visions that if we manage to unblock the inactive parts of the brain, we will acquire super abilities or even a state of absolute wisdom, are unfounded.

But, although this exciting prospect comes out frustrated, it does not mean that we are already at the limits of our capabilities. On the contrary, even using the brain in its generality, we have a multitude of things to learn and improve.

First of all, we can start by not believing everything we see in films.

Beyerstein, B.L. (1999c). Whence cometh the myth that we only use ten percent of our brains? In S. Della Sala (Ed.), Mind myths: Exploring popular assumptions about the mind and brain (pp 1-24). Chichester: John Wiley & Sons.