The two paradigms for tackling the pandemic 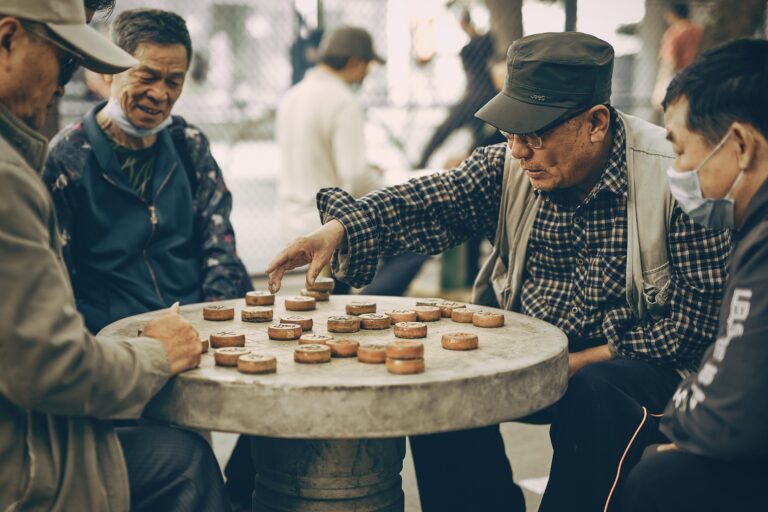 Despite the various perspectives on the response to this pandemic, there are two prevailing currents within the scientific community.

Especially now that some evidence is more consolidated, these two fields offer distinct views on the disease and how to combat it.

To simplify, we call the strategies General Suppression and Focused Protection (GBD).

At the beginning many governments took unprecedented measures to contain the disease. China applied general confinement in Wahan province, a measure replicated for the first time by liberal democracies around the world.

The uncertainty, the initial WHO lethality projection of 3.4% (among infected) and some terrible predictions have alarmed world public opinion and led some governments to follow this path. The WHO, based on the supposed slow transmission of the disease (which was then not confirmed) also supported the attempt to detect all transmission chains. Country after country, they have started a wave of confinements and several other restrictive measures, such as limiting movement or closing schools.

The supposedly high lethality based on China’s studies was soon questioned by some scientists, such as Stanford’s John Ioannidis, who from the outset distrusted these strategies. Many have also questioned the consequences and the scientific basis of these measures.

Some were not recommended by the WHO under any circumstances, such as contact tracing or quarantine of exposed individuals. The confinement of healthy people was not (and is not) included in the range of measures to combat epidemics and pandemics.

After several months, many of the advocates from both sides radicalize positions. Some countries have made their more or less restrictive strategies a political statement. The fight against the pandemic has become a weapon of internal or even external combat, with some countries comparing the merits of their options.

Despite all this, some evidence has resisted political, social and even scientific tribalization.

The lethality is considerably lower than initially estimated, and it is known that there are huge differences between young people, or young adults, and the elderly or people with some types of pathologies.

On the contrary, the high rate of contagion is currently considered one of the main challenges of the disease.

Even the severity of the side effects of some interventions, such as the containment of healthy and other very restrictive measures, is now also accepted without much disagreement.

Thus, although many dynamics stimulate divergent positions and more or less obvious attempts to suppress some points of view, there is a greater basis for convergence in the scientific community today than a few months ago.

There is also further consolidation of the prevailing positions, reasonably summarised in the John Snow Memorandum and the Great Barrington Declaration.

Strategies to combat the pandemic

The biggest point of divergence at this time is whether the focus should be on general community transmission (including very low-risk groups such as students) or on selective protection of risk groups (the elderly and those with comorbidities who potentiate the disease).

A comprehensive infection control strategy is needed for the Focused Protection Strategy to ensure the protection of the most vulnerable groups. It is difficult to identify clearly who is not at significant risk, and health systems may not be able to cope with high levels of community transmission.

Thus, while special attention should be paid to “risk groups”, such interventions should be linked to the general effort to mitigate transmission. It is easier to protect the most vulnerable if there is not much transmission in the community than to use specific strategies for that group.

Mass testing, contact tracing, widespread mask use, quarantine of exposed persons or limitations of social contacts are the best ways to achieve this.

For Focused Protection advocates, risk groups are very well defined and resources must be concentrated on these people. As the overwhelming majority of the population is not at significant risk, they should be able to continue their normal lives while maintaining essential hygiene care.

They argue that there is no justification for hindering the education and normal development of children and young people; for taking away a large part of the population’s income or for limiting freedoms and other basic rights to those at low risk of illness.

Forecasts of health system exhaustion have been largely exaggerated and, in general, have not occurred. Some measures, with rather negative side effects, have little evidence of effectiveness and should therefore be avoided.

All resources must be focused on protecting those who really have substantial risks. For example, in homes they should: use only personnel with acquired immunity, carry out frequent tests on all visitors or promote meetings with relatives abroad.

For the General Suppression strategy, the aim of these restrictions should be to reduce infections as much as possible and thus allow the rapid detection of localised outbreaks. After this suppression, with testing, screening, quarantine and isolation it will be possible to keep the epidemic under control. If it is not possible to eliminate the disease completely in this way, an effective vaccine is expected to emerge that can help ensure general immunity (or even eradicate the disease).

For Focused Protection, the aim of the measures is to protect at-risk groups as much as possible while immunity increases in people not susceptible to the disease. After a few months, it is hoped that the protection provided by group immunity, whether or not helped by vaccination, will help protect the vulnerable and thus minimise the restrictions to which they are subjected.

Effects of the measures

In the General Suppression strategy, the control of the epidemic through general restrictions is essential so that, with a lower level of transmission, cases can be identified and action taken more specifically without the need for restrictions on the whole population.

Savings can only recover with some certainty once the epidemic is under control.

On the contrary, according to the Focused Protection strategy, life for most people should return to normality, with conventional care (such as washing hands or staying at home if sick). All education must be functioning normally, young adults must work in person. All sporting, artistic and cultural activities must be resumed, all commerce must open.

Only in this way can the negative consequences of the pandemic on health, well-being and financial livelihood be minimised. At the same time, it ensures the acceleration of group immunity that allows the protection of the most vulnerable and their return to a “normal” life.

In many countries, the paralysis of many activities and the resulting economic disaster leads to even more damaging effects than the epidemic in the short and long term.

Every day new evidence arrives that must be integrated into decision-making processes on the measures to be taken to combat the disease.

It is necessary to assess which of these (or any other) strategies shows the best overall results. Policies should be based on the best science, proportionality and recognition of the trade-offs at stake.

For an overview of these two paradigms see the summary table.