A brief overview of the pandemic 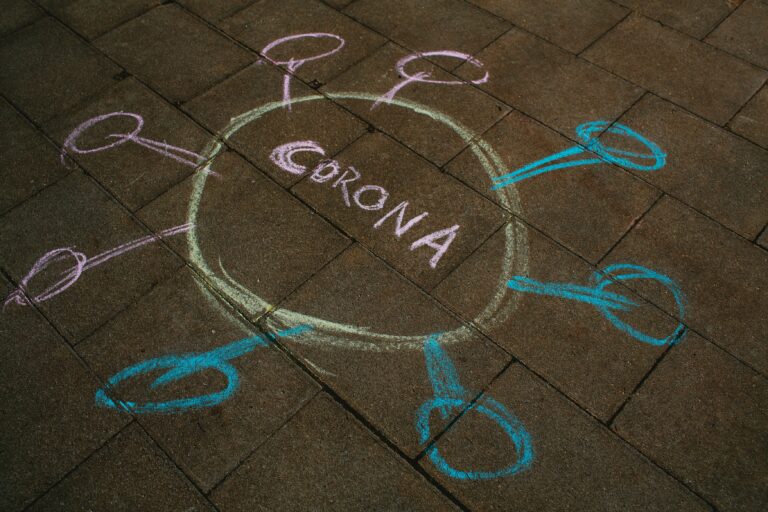 On 3 March this year the WHO revealed the characteristics of this new virus detected in China.  It would have a lethality rate of 3.4% which was the result of almost all developing the disease (99%). It was an extremely slow virus and therefore possible to contain.

Shortly afterwards we began to realize that the virus had an incomparably lower lethality, the vast majority of people are asymptomatic or have mild symptoms and the rate of infection is relatively high.

As in 2009, in the popularly named influenza A, WHO top officials precipitously released data that proved to be totally wrong.

As a major challenge, it was incomparably less dramatic than initially thought. But why was this perception maintained for so long? Why was this data not integrated and adapted into pandemic response policies and pursued an extreme strategy, opting for various measures without clear scientific evidence? Robust scientific evidence and decades of accumulated experience were exchanged for weak evidence and draconian measures. Certainly devastating effects were accepted in exchange for at least dubious benefits.

One of the obvious causes was the media approach.

The influence of the media

Digital communication channels have revolutionised the speed of transmission and dissemination of information. A lot of information like fake images of coffins or staged Whatsapp messages circulated at an astonishing speed. Some were later corrected when no one saw them anymore, which is why they have remained true to this day.

The traditional media, which are experiencing financial difficulties, have lost many of their most credible professionals, particularly those with some scientific training. This has aggravated the dependence on political power and created additional constraints. They therefore valued (even more) speed rather than objectivity.

In addition, many generalist television stations have chosen to develop their own narrative of the pandemic. They have become the narrators of a horror story and even the protagonists.

The villains are, apart from the virus, all those who in some way question its apocalyptic plot or question the best strategies to combat the pandemic. They have become the guardians of an absolute and incontestable truth. Truth that even the best scientists do not arrogate to themselves.

Among those chosen to address the issue, those with a more pessimistic view, usually linked to health but mostly without any experience or training in epidemiology, are preferred. Also noteworthy is the prominence given to people with no connection to the area, from politicians to mathematicians. The forecast that one of the latter made live on RTP that 12 million Portuguese would be infected in a few months illustrates well the degree of alarmism to which we were exposed.

Any other dramatic event in the past was beginning to look like a joke compared to the scenario that was set for us. A climate of widespread terror was created, a widely exaggerated perception of risk.

Italy still had very imprecise data on the disease (which proved to be largely wrong) and the population panicked when it decided to apply compulsory confinement to the whole population. This was the Chinese strategy followed in Wuhan which the WHO praised in general, although it never specifically advocated it (nor does it appear in its manual of pandemic interventions) and even appeared sometimes to disapprove of it in its erratic speech. This was a local measure taken by an undemocratic country at the national level and in a democracy.

But perhaps the most decisive country in the type of reactions to the pandemic was the UK. By reversing the decision to follow the lead of its scientific team, one of the best in the world, it has given way to a wave of widespread confinement. Many also went against its scientific advice or expert groups (such as the Nordic in general and the Portuguese).

The political risks of going against the wave have become unsustainable. Those who did not follow it could easily destroy governments, political careers or balances of power. To ride it, though equally risky, would immediately bring popularity and the protection of not being alone. Take Sweden and the attempts to discredit its strategy. It is not by chance that it has not been outlined by politicians, but by the country’s Public Health Agency.

In Portugal our Prime Minister has not demonised the Swedish strategy. He only hid from the cultural issue to argue that he opted for a solution that did not involve going against the general sentiment of the population. He said: “This strategy would not be socially understood”… “We cannot engage in a battle that has to involve everyone if not everyone is involved”… “We cannot adopt a strategy that may be very intelligent, may be very rational but is so counter-current that it cannot mobilise others”.

And in politics going against the current is very difficult and risky. It is always better to navigate in your favour. Measures have thus been implemented not on the basis of the different characteristics of each country (health service capacity, epidemic figures, population characteristics, etc.) but by mimicking the measures of other countries so as to minimise the political risks and unequivocally ensure the image of “protective government”.

Like Portugal, I believe that most of them have caught this wave with disgust. Others have actively promoted its growth by placing political gains above the general interest. Many still used it to impose totalitarian and anti-democratic agendas.

The Covid 19 became the centre of all attention. Consequently, government success has come to depend mainly on results in combating the pandemic and the creation of a success story that is the main and, in some cases, the only concern.

In this obsession, other diseases, education, the economy, civil and even constitutional rights were neglected.

And we, how do we react?

As people, unable to be what we are not. Unable to free ourselves from our deepest instincts. Unable to realise that it is they who still guide us to a great extent. On the one hand, with empathy and rationality we undertake noble actions, individual and collective, of solidarity and of solving real problems that this pandemic has caused.

On the other hand, we have revealed all our weaknesses. In the face of constant pressure from news, numbers and biased reports we perceived the epidemic with a gigantic distortion. The climate of disproportionate fear made us incapable of analysing trade-offs, contextualising data, relativizing risks. Our tendency to explain complex realities by simple postulates exposes us to the charms of magical thinking and dogmatic ideology.

All our educational shortcomings have been exposed. The misunderstanding of how science works (or should work) leads to confusion between solid, consolidated and scrutinised evidence with speculative, fragile and unevenly reviewed evidence. The confusion between correlation and causality has also led to the belief in cause-effect relationships between variables which, when analysed in general, do not even have significant correlations. The inability to understand data and statistics, the absence of basic health knowledge and, perhaps more importantly, the general lack of critical sense is striking.

The idea of scientific consensus, artificially built at the expense of a lack of diversity of views, the credibility of pseudoscience or low-quality science, was thus established.

The narrative of the “new” virus capable of calling into question our way of life and even survival, has justified throwing decades of accumulated knowledge and experience out of the window and embarking on a series of unprecedented or obsolete measures. All because of the exceptionality of this virus.

The evidence revealed that the premises were globally wrong. The virus was not so new, nor so different, nor so dangerous. It had been around for quite some time, many of us have some form of immunity and its lethality is incomparably lower than initially estimated.

But although the premises have substantially changed the general narrative, it has not, it has only readapted the script. When the numbers go down, instead of flattening the curve, one wants to extinguish the virus. When the dead go down, the sequels stand out. When the seriously ill are few, new “cases” are highlighted, usually from healthy people or people with very mild illness. When all the evidence points to very low risks among children, rare disease associations are speculated. When it is already difficult to justify something with the current data, the most terrible “second wave” forecasts are launched. Even those who have failed loudly to predict the first wave.

And then there is always a dramatic case, a serious patient, someone with possible sequelae. A camera that enters a hospital to show human suffering live. It does not matter that this unfortunately happens every day, with many other illnesses and with hundreds of people.

It does not matter that the disproportionate measures and social alarm lead to many people probably (already) going through these situations in a totally avoidable way. Either for lack of adequate assistance or for fear of resorting to services. It does not matter that a much larger number will experience equally dramatic situations due to the sharp drop in consultations, examinations or screening. It does not matter that excess mortality is in historical values and that Covid-19 is only a small part. No. For those there are no cameras, no reports, no reports with trembling voices, no tears. They are not part of this film. You have to follow the script to the end.

The fact that various entities create their narratives according to their own rationalities and agendas is something normal, which has always existed and possibly will always exist. What should concern us is the lack of public scrutiny, the devaluation of diversity of thought, self-censory conformism. Or even uncritical obedience to the authorities, even when they violate scientific, ethical, or even constitutional principles. To most people, this may not seem dangerous, but it was these things that led to the darkest periods of humanity.

We must all fight against this, not only in the context of this pandemic.

Find out more about other measures adopted