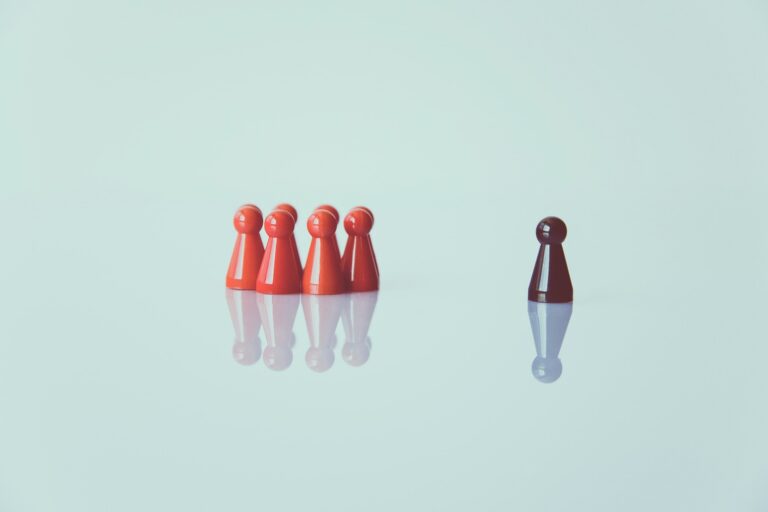 The authority bias is the tendency to overestimate the opinion of authority figures and obey their indications to the detriment of the analysis of the situation.

In most situations this cognitive shortcut (heuristic) works in our favour. Relying on the indications of specialists, in the most diverse areas, such as doctors, teachers, journalists or police officers saves us time and generally increases the chances of success.

However, when this becomes a completely automatic response it can work against us.

The first research in which this phenomenon was clearly observed was Milgram’s classic study, conducted in 1961 and published in 1963.

The Milgram Experiment was a scientific experiment developed by psychologist Stanley Milgram.

It was carried out in the context of the analysis of the Nazi-related crimes of World War II. The aim of the experiment was to answer the question of how ordinary people obeyed authority figures, even if their orders went against their individual moral values or simple common sense.

The study took place shortly after the start of the trial of Adolf Eichmann (a senior officer) who, on Hitler’s orders, sent hundreds of thousands of Jews to concentration camps.

The experiment wanted to understand if it was even possible that Eichmann and millions of Germans were just following orders?

In their study volunteers inflicted increasingly strong electric shocks on other subjects at the command of an authority figure. A very high percentage continued to apply increasingly strong shocks despite cries of distress that they heard after applying them.

26 out of 40 subjects always obeyed the orders by reaching the maximum shock intensity of the device. This, despite the fact that most estimated they were causing extreme suffering to the victim (average 13.4 pain out of a possible 14).

Milgram summarised his findings in “The Perils of Obedience” (1974):

“(Although) the legal and philosophical aspects of obedience have enormous significance, they say very little about how people actually behave in concrete situations.”

For legal and ethical reasons, exact replications of the experiment were not subsequently carried out. However, several partial replications generally supported his conclusions.

One of the consequences of blind obedience or total trust in one, or more, authority figures is that we become totally dependent.

While experts are important, they too are subject to numerous biases, so we should not rely solely on them.

Cochrane, a body that presents high-quality scientific reviews, explains why expert opinion ranks at the lowest level of scientific evidence:

“This basic information is important and useful. However, when viewed in isolation, this type of evidence can be heavily influenced by beliefs, opinions or even politics. This level can also include anecdotal evidence.”

Even the experts are not all reliable, so following them blindly can be dangerous.

On the other hand, there is often false authority. The appearance of authority is enough for us to trigger an automatic response of trust or obedience.

Professionals, with specialties different from the subjects they are dealing with, often go unnoticed by the ordinary citizen. For example, the pulmonologist (doctor) who passes for an epidemiologist or the therapist of non-scientific practices who passes for a doctor.

Even if they are from very different areas, our tendency is to associate a competence in one area with credibility in another. For example, the surgeon who talks about football tactics or the sociologist who talks about macroeconomics.

Celebrities like actors, sportsmen and singers, or even people just because they are rich, enjoy this unconscious association.

We are thus subject to a huge distortion of the way we perceive the reliability of what these people say.

Examples of the use of authority figures (true and false)

How to avoid authority bias

A general way to avoid the negative aspects of this heuristic is to maintain a critical sense and some scepticism. It is important not to close our eyes to evidence and to analyse (to the best of our ability) what we are told.

We should rationally try to understand if he is in fact an expert or if, despite appearing to be one, he is not qualified in the area. Some clues may indicate a higher probability of fraud: excessive use of authority symbols, fraudulent use of titles, absence of clear forecasts of results (use of ad hoc explanations), not expressing doubts and uncertainties, not assuming mistakes.

It is also wise to be watchful of particular incentives or conflicts of interest. If a specialist is making an announcement, he will receive money to do so, which calls into question his exemption. If a person in charge of a service, or product, is presented to talk about it, they will certainly tend to value its positive aspects and omit the negative ones.

Wherever possible we should evaluate theories, as scientifically as possible, and not focus on who makes them. If they systematically fail to predict outcomes and constantly change their premisses to fit the facts, then they are wrong and so are their authors. Regardless of the initial credibility we attribute to them.

Finally, always try to listen to “second opinions” and different communication channels to get diverse views and not be held hostage to one narrative or person.

Respect for authority is a foundation of civilisation and has numerous competitive advantages for individuals and societies.

However, when there is a blind and automatic trust in authority we may be subjecting ourselves to a number of serious problems. Not least because, often, when we start to see the world through this heuristic, it is difficult to stop.

The negative examples are countless. Some are current, others are historical and more dramatic. We must avoid them.

A balance is therefore necessary and not always easy to find.

Avoid chaos without falling into authoritarianism. Use economy of action without avoiding dependence on a single source. Have respect for authority but not blind obedience.

Balances that we, as human beings, are not always able to find.

Find out more about: