PCR tests: what procedures are used to identify “Covid cases” 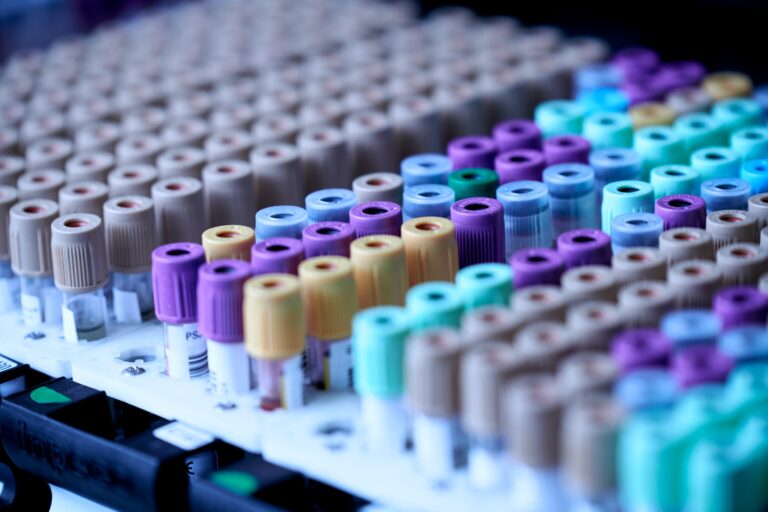 PCR tests have been a fundamental part of the strategy that most countries have followed in fighting the pandemic, namely in identifying cases and deaths associated with the infection.

In recent months, the WHO itself has alerted users to issues such as false-positives, asymptomatics or the number of cycles used.

We questioned several laboratories, Portuguese and international, about how the tests are being carried out. Only three responded.

The question about amplification cycles has been referred to for many months in scientific circles. The nature of PCR tests makes them very sensitive in detecting viral fragments, even if the subject is not at an infectious stage.

Several studies have pointed out that people with positive PCR tests from 25 or 30 cycles onwards are unlikely to be infectious.

The author of the initial protocol for the PCR test himself, Christian Drosten, recently stated in an interview that from 27-28 cycles onwards “the infection is already over”.

Questioned about the amplification cycles used and recent changes in the protocols followed, Dr Raúl de La Puente García, from the Military Veterinary Centre in Spain, indicated: “In our laboratory we use kits that determine the diagnosis with a Ct value equal to 38. They are reliable kits that have been contrasted with different internal and external quality controls that we perform in the laboratory.“

On the argument that many of the positives are false positives due to the use of too many amplification cycles, García explained that:

“The number of Cts should not be taken as an absolute and unequivocal quantification value in clinical diagnoses. Even more so in situations like the one we experienced in the pandemic. As you can read in the basic WHO guidelines and also applying common sense, the viral load is inversely proportional to the values of the amplification threshold. But this depends on a multitude of variables extrinsic to PCR, such as, for example, the collection of samples, the diversity of professionals who collect them, their proper handling or the efficiency of RNA extraction.”

In Portugal, the technical team specialising in diagnostics at the Beatriz Godinho laboratory said that there have been revisions to the protocols since the beginning and that:

“Most kits indicate that only reactions with Cts less than 35 should be considered positive. In general we comply with manufacturers’ protocols as well as DGS requirements and guidelines.”

They also admit that they can rarely surpass them:

“However it may happen when there is a history of positive results, or when there is symptomatology associated with amplification in more than one gene. In such cases, the result will be issued as “inconclusive.”

On the possibility of many false positives, the same laboratory stated that:

“If the result obtained has RT-PCR amplification cycles higher than 35, the result should be given as inconclusive and it is recommended, according to the symptomatology, to repeat the test and/or the sampling of the biological product for confirmation.”

Dr. Rui Pinto, responsible for Dr. Joaquim Chaves Laboratory, says that after 35 cycles (or an inconclusive result) they recommend repeating the test.

Germano de Sousa himself, founder of the largest Portuguese laboratory group, admitted (about a month ago) that they had changed their cycles from 40 to 35.

Another important issue has to do with the portion of DNA (genes) that serves as a target to confirm the presence of the virus in the tested sample.

The Spanish laboratory stated that:

“We currently use single and dual gene-specific detection kits for SARS-Cov-2 coronavirus with their respective internal reaction controls, as well as the evaluation of positive and negative controls in each analysis. The specificity is 100% and with sensitivity 96%.”

“Available RT-PCR tests for the detection of SARS-CoV-2 target genes coding for nucleoprotein (N), envelope (E), spicule (S), and/or RNA-dependent RNA polymerase (RdRp). A case of COVID-19 is considered laboratory confirmed if a test shows that: the RT-PCR result for SARS-CoV-2 is positive for at least two distinct genome targets, at least one of which is specific for SARS-CoV-2 (distinguishable from other coronaviruses, including SARS-CoV-1).”

Another point is how the WHO guidelines regarding the testing of asymptomatic patients are being followed.

In the recent advisory (20 January) the WHO states that another test should be done in case of a positive result in a person without symptoms of the disease.

“When the test results do not match the clinical presentation, a new sample should be taken and retested using the same or a different NAT (nucleic acid amplification) technology.”

We questioned whether these new guidelines changed the protocols followed by the laboratories, and in what way.  Faced with the question, the Beatriz Godinho laboratory answered that:

“There was no change in the protocols. In the Beatriz Godinho laboratory when we have positive results (in individuals with or without symptoms) we repeat the analysis on the same sample for confirmation.”

“If a case arises with an inconclusive result or with an RT-PCR amplification cycle value greater than 35, repeat testing and/or collection of the biological product is recommended.”

Analysis of the responses

The Blind Spot spoke with Dr Lourdes Cerol, who has been studying the subject for several months, to contextualise the answers according to the new indications .

One of the aspects highlighted was the indication that the test would have to test positive “for at least two distinct genome targets, of which at least one would have to be specific for SARS-CoV-2 (which distinguishes it from other coronaviruses, including SARS-CoV-1)”.

According to Dr Lourdes Cerol:

“By stating “at least one specific” they confirm that SARS-COV-2 shares great similarities with other SARS-COVs, a reason for so many false positives.”

She also considered it “strange and unaffordable” for one of the laboratories to always repeat positive tests for confirmation.

Another relevant aspect is the number of cycles required for the test to be considered positive, 38 in the Spanish laboratory and, in general, 35 in the Portuguese who replied.

About a month ago there was a significant reduction from 40 cycles to 35, at least in the largest Portuguese laboratory. We also tried to obtain this information from these labs but got no response.

As mentioned before, for the generality of studies, these cycles are much higher than those that reveal infection, which indicates the possibility of numerous non-infectious positives. In other words, the possible detection of viral fragments that may remain for a much longer period of time, without the virus remaining active or capable of replicating.

In Portugal, for periodic surveillance, namely for SARS-CoV-2 genome sequencing, a government dispatch was also published in January indicating that only samples with a high viral load and CTs below 25 should be considered:

“Only samples with higher viral load and Cycle threshold (Ct) values (less than) 25 should be selected, in order to maximise the success of genomic sequencing”

Finally, it is also important to point out the fact that a new sample is not always taken to repeat the test in case of a positive test. Something that objectively contradicts the latest WHO guidelines.

Although most of the laboratories we contacted did not provide any answers to the questions asked about how the tests are performed, the answers received reveal that there is a big difference between what the current scientific evidence points to as an active case of Covid-19 (and potentially infectious) and what the PCR test results indicate.

Even the WHO guidelines, which call for repeat sampling of positive tests from asymptomatic people, seem not to be followed in some cases.

Some clarification is needed on the role of PCRs in disease diagnosis.

More public information on various aspects – such as how many cycles it took for a case to be considered ‘Covid-19’ – also seems essential.