Freedom of expression and new forms of censorship 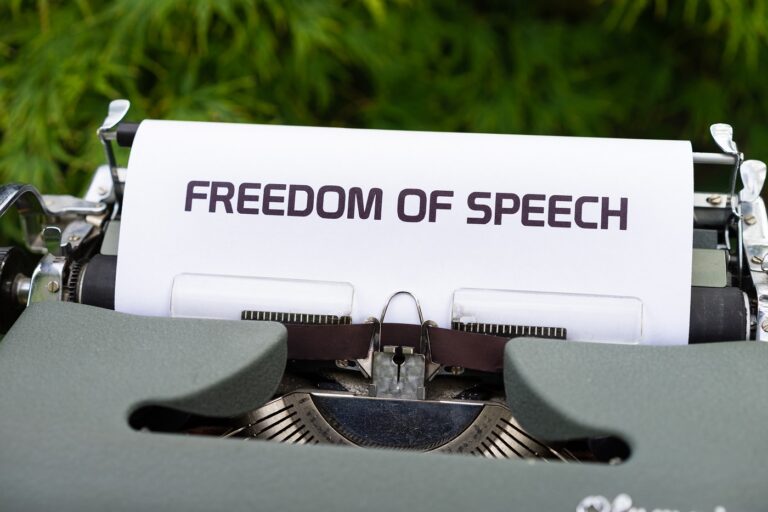 The truth, when it exists in absolute terms, rarely corresponds to the most popular view, of a group or, even, of a single person. Reality is too complex and difficult to decipher, given all the biases to which we are subject – experiences, ideology, interests, beliefs or “group thinking”.

Therefore, besides science, the other great weapon against obscurantism has been freedom of expression. This is one of the strongholds of Western societies and one of the engines of their enormous achievements.

From a personal point of view it is not comfortable. When they question our ideas, we feel we are being attacked. However, it is not difficult to realise that although we feel safer arguing with those with whom we agree, it is with those that we have the least possibility to learn and evolve.

Even ideas that seem absurd must be able to be expressed freely. In order for them to be able to be disassembled, disproved with facts or to teach us something, which we did not know in advance.

For this reason, many people understand that it is essential to defend this right even when one disagrees. It is not just a question of defending individual freedoms, but of defending a free, prosperous and democratic society. Many. But not all. I risk saying that increasingly fewer.

What appeared to be a pillar of many Western countries has for some time been showing signs of erosion, undermined by ideologies with totalitarian tendencies, communicational phenomenons that reinforce tribalism or by new strategies of power struggle.

The arguments for limiting freedom of expression are many and varied:

Perhaps the root cause of this intolerance is a lack of diversity. Without the coexistence of other visions there can be no learning and moderation. On the contrary, there will be a crystallisation of thought and intolerance for alternative visions.

They all seem radical and incomprehensible, because they are incompatible with the dogmas that the lack of contradiction inevitably produces and feeds.

This phenomenon has been visible for several years in the academic world, particularly in Anglo-Saxon countries.

An alienated world, built on ideology and conformism, leads to even the most solid scientific evidence being rejected as contradicting established dogmas.

One way to do this is through the adulteration of science, for example through publication bias, the use of low quality studies as “evidence” or even fraud.

Another is the censorship and even the personal and professional “cancellation” (cancel culture) of those who do not align themselves with the current ideologies and beliefs.

In academic circles, examples are endless. The dismissal of a dean for including, in a demonstration of support for the fight against racism, the statement “BLACK LIVES MATTER, but also EVERYONE’S LIFE MATTERS”.

Or the dismissed teacher for going against the current ideological postulates and highlighting one of the most inescapable scientific facts, in humans and animals, that there are different biological sexes.

If in academia this phenomenon is old, it has spread to other areas such as large technology companies and some journalism. Here too, the lack of acceptance of diversity of thought is beginning to become evident.

The dangers are as numerous as the emergence of a repressive society with totalitarian tendencies.

It is up to us all to use the available resources to defend the right to freedom of expression, even when we do not agree or even feel uncomfortable with its use.

The “inconveniences” of not doing so will certainly be greater in the future.