Seven popular but mistaken ideas about the pandemic 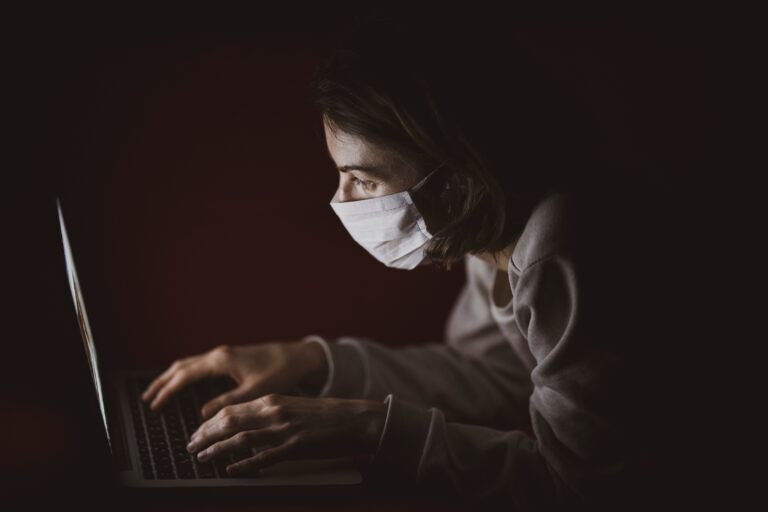 In fact a positive PCR test can only confirm the presence of part of the virus, it cannot inform if the infection is active or not (with contagious potential). Inactivated viral material can remain long after the infection and be detected by the test. This is especially true when many amplification cycles are required for its detection.

The WHO recently warned of this problem:

“The cycle threshold (Ct) needed to detect virus is inversely proportional to the patient’s viral load.”

In addition, there is the possibility of false positives. Their percentage increases in scenarios of low prevalence of the virus.

This fact was also highlighted again by the WHO:

There is also the possibility of contamination of the sample at various stages of the procedure.

The probability of a positive test corresponding to an active infection increases greatly when it is used to confirm the diagnosis to those who presents symptoms compatible with the disease.

The WHO decided to list Covid- 19 as a notifiable disease and has issued guidelines for attributing the cause of death to the disease.

“A death due to Covid-19 is defined for surveillance purposes as a death resulting from a clinically compatible illness, in a probable or confirmed COVID-19 case, unless there is a clear alternative cause of death that cannot be related to COVID disease (e.g. trauma)”.

These guidelines include, in addition to confirmed cases of the disease, probable or suspected cases (without confirmation by laboratory test).

Even these guidelines are followed in different and sometimes contradictory ways. Some are more inclusive and others less so, even within the same country and varying in time.

Another prevalent idea is that the Sars-CoV-2 virus has never been isolated.

There has probably never been another virus so analysed as this one. Its genome has been sequenced thousands of times. Much of this information is stored in the Gisaid genome data repository.

Most systematic reviews that include RCTs (maximum quality studies) point to little or no effect on the containment of respiratory diseases. The only RCT performed with a cloth mask (health workers) suggested the possibility of increasing the spread.

The RCT published so far during the pandemic has not been able to find statistically relevant differences between the (high-quality surgical) and control mask groups. The Cochrane systematic review (influenza) also concluded that wearing a mask makes little or no difference.

“At present, there is only limited and inconsistent scientific evidence to support the efficacy of masks used by healthy people in the community to prevent respiratory virus infection, including SARS-CoV-2 (75)”.

Non-pharmaceutical public health measures to mitigate the risk and impact of the flu epidemic and pandemic- Quality of evidence (WHO, p. 26, January 2021):

“There is moderate overall quality of evidence that facial masks do not have a substantial effect on the transmission of the influenza virus.“

For several months now there has been some evidence that the opening of schools may not have a major impact on the spread of the disease. This seems particularly clear for young people up to the age of 16.

“The role of children in transmission is not yet fully understood. To date, few outbreaks involving children or schools have been reported. However, the small number of outbreaks reported among teaching or associated staff to date suggests that spread of COVID-19 within educational settings may be limited.”.

“Where epidemiological investigation has occurred, transmission in schools has accounted for a minority of all COVID-19 cases in each country.”

Note: Effects of new variants of SARS-CoV-2 are not considered (ECDC)

MRI vaccines work by introducing a messenger RNA molecule, which gives instructions for the production of a protein similar to one of the proteins that make up SARS-CoV-2 (Spike surface protein).

From that moment on, the immune cells recognize this viral protein and generate an immune response against it, namely by generating antibodies. In this way, it is hoped to enhance protection.

According to the CDC:

“They do not affect or interact with our DNA in any way”.

“RNAm never enters the cell nucleus, which is where our DNA (genetic material) is stored”.

“The cell breaks down and gets rid of the RNAm right after it finishes following the instructions”.

While there are legitimate doubts about RNAm vaccines, modifying DNA is not one of them.

There are many substantial differences between the two pandemics, for example:

Historical background: In the “Spanish flu” the spread was made, in large part, by thousands of soldiers of the first World War I, many wounded or sick.

The main causative agent of death: There is strong evidence that the vast majority of deaths resulted from bacterial infections and not the virus itself. Although secondary infections are common, this was the last pandemic in which antibiotics were not present.

Profile of the victims: Spanish flu has hit young and healthy people hard, particularly those under five and those in their 20s and 40s.

Victims of Covid tend to be quite elderly and have previous diseases associated with the outome. For example, an official study in Italy, one of the most affected countries, estimated that the median age of victims was 82 years and that they had an average of 3.6 associated previous diseases. Only 3.3% had no associated pathologies.