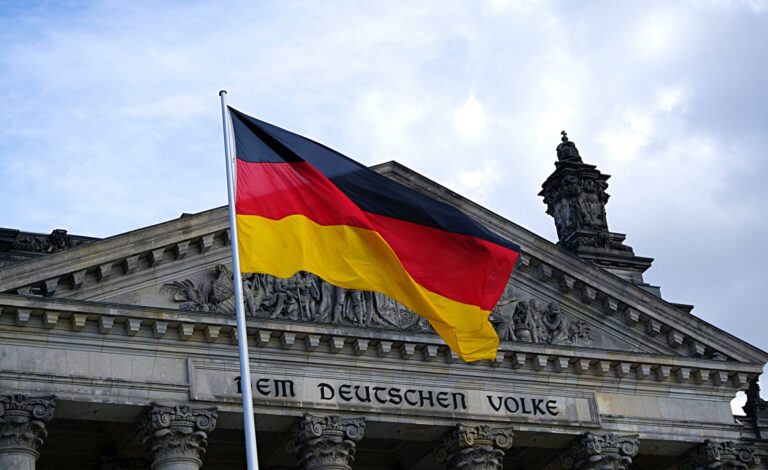 At the beginning of last year, the German Ministry of the Interior worked with a group of scientists to create a communication strategy to promote the fear of Covid-19 among the population, writes the German newspaper Die Welt, based on an email exchange that leaked on the Internet.

The goal would be to promote a wave of fear that would lead citizens to more easily accept and adhere to the strict measures that would be imposed in the country.

The emails were exchanged at the time of the first lockdown, between March and April. The paper writes that the minister, Seehofer, instructed his state secretary, Markus Kerber, to present a plan to support stricter measures. Kerber then reportedly contacted several scientists, universities and research institutes asking for “the worst case scenario” – a “mental and systematic” monitoring of the situation that would help plan “preventive and repressive measures“.

Among the suggestions followed proposals for campaigns and images designed to induce “fear and obedience in the population“. The Die Welt writes that scientists “negotiated” among themselves the possible death toll to be mentioned – the Robert Kock Institute proposed an estimate of 0.56% of infected people, but the RWI, an influential economic research institute, argued for a death rate of 1.2%. In the emails, the RWI official explained that: “in keeping with the purpose of the model in view”, to emphasise “a lot of pressure to act” it would be more effective to present bad figures.

Both mortality rates are included in the Ministry’s final document. For the worst case scenario, they used the percentage suggested by RWI. “If the government does not act, 70% of the population could be infected and the death toll could reach into the millions,” Seehofer warned several times.

The emails, which should have remained private, were sent to the newspaper by a group of lawyers in Berlin. The names of the scientists were rendered illegible in the messages, but Die Welt says that the director of the RKI was involved in the email exchange.

Opposition parties have already asked for clarification, arguing that politics cannot receive “tailored opinions” from science. Neither Seehofer nor the scientists involved have provided any answer so far.

The RKI declined to comment on this matter, claiming only that it was an “internal discussion document“.

Secretary of State Kerber responded to the article, indicating that the emails should not be seen as “a comprehensive theoretical treatise“, and said they were “faced with the task of preventing the worst case scenario“.

Conditioning the behaviour of the population was also under debate in the UK, in the middle of last year. In early March 2020, the Scientific Advisory Group for Emergencies (SAGE) created a document for the UK Government with models for the implementation of new social distancing rules, based on known psychological behaviour modification techniques.

Among the methodologies suggested in Options for increasing adherence to social distancing measures, the one that caused the most controversy was persuasion.

Among other things, the document states:

“A substantial number of people still do not feel sufficiently personally threatened.”

“The perceived level of personal threat needs to be increased among those who are complacent, using hard-hitting emotional messaging.”

Appendix B of the document lists ten options that can be used to increase social distancing from the public. Option 2 advises:

“Use media to increase the sense of personal threat.”

The identity of the members of the SAGE support groups was initially kept secret as a matter of national security. But some names have been released, following a legal challenge campaign led by British businessman Simon Dolan. Two members remain anonymous.

The Expert “ghost” commission in Spain

In July last year, the Spanish Ministry of Health acknowledged, in an official response to the Transparency Council, that no expert committee responsible for decisions associated with confinement policies and other measures has ever existed.

“There is no committee of experts in charge of assessing the health situation of autonomous communities and deciding which provinces or territories can move forward in the deconfinement process,” said the Director General of Public Health, Quality and Innovation.

The response followed a complaint questioning the legality of the refusal to make public the names of those on the commission.

At the beginning of May, it was Pedro Sánchez himself who had called the supposed team the “Technical Committee for Deconfinement”. However, he has always refused to reveal its composition despite the insistence of journalists and political parties that it be revealed.

To journalists, Pedro Sánchez said that: “what matters is that they are Ministry of Health officials who, together with the Public Health directorates of the communities, decide in a coordinated way which territories can move from one phase to another. This is what is important“.

“We are being advised by experts of extraordinary quality from a scientific point of view, and commitment to public service. All I can do is justify their professionalism and acknowledge their commitment.”

The opposition argued that by hiding the names of these experts, the Government violated the mandate not only of the Transparency and Good Governance Law, but also of the General Public Health Law.

The messages, sent to Politiken newspaper, say that Per Okkel of the Ministry of Health told Søren Bostrøm, head of the Danish Health Authority, to suspend his sense of “proportionality” and adopt an “extreme precautionary principle” when giving political advice.

At the same time, e-mails sent to the newspaper Ekstrabladet revealed that on 20 March the reproduction rate in Denmark was 2.1, a figure considerably lower than the estimated 2.6, but which was not disclosed because it was not “politically desired“.

Politiken also wrote that the government’s emergency law on 12 March took powers away from the Danish Health Authority – changing from a “regulatory authority” to an “advisory authority“.

“The Danish Health Authority continues to consider that Covid-19 cannot be described as a generally dangerous disease as it has neither a serious course nor a high mortality rate,” the Health Authority argued.