What is the role of asymptomatic transmission? History and evidence 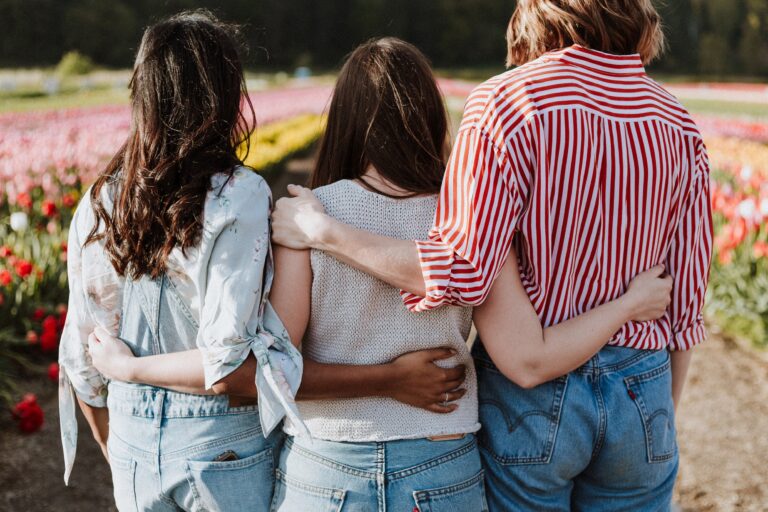 One of the questions that arose in this pandemic was the possibility that individuals without symptoms could be major transmitters of the disease. This hypothesis is now perceived as a certainty by many people, institutions and governments.

Due in large part to this hypothesis, drastic measures were developed and justified, some with devastating side effects.

Measures such as general confinements, compulsory use of masks in the community, procedures that increase inefficiency in health services or the widespread testing of people without symptoms as a means of diagnosis.

The media in general assumed this assumption and amplified it. A narrative was created around the danger of asymptomatic people, implicitly (or even explicitly) considered “silent killers“.

But does the evidence support this assumption? What does science say?

Historically, the role of asymptomatics in the transmission of respiratory infections has been relativised. Signs of disease such as coughing, sneezing and nasal discharge (alone or associated with sneezing) seem to be determinant for the spread of the virus.

The consensus was that asymptomatic people were far less likely to transmit the disease than people with symptoms.

Anthony Fauci, director of the National Institute of Allergy and Infectious Diseases and a key member of the White House Coronavirus Detachment team, said on 28 January 2020:

However, two days after Fauci’s statement (30 January), a letter to the editors appeared, published in the New England Journal of Medicine (NEJM), with a case of transmission from an asymptomatic individual.

“There is no doubt, after reading the [NEJM] article, that asymptomatic transmission is occurring. This study lays the question to rest.”

The media published his conclusions, and presented the data from the study on which Fauci supported his position.

However, the study was wrong.

The study Transmission of 2019-nCoV Infection from an Asymptomatic Contact in Germany, was based on an alleged transmission from a Chinese businesswoman on a visit to Germany. In the letter, the authors of the study stated:

“During her stay, she had been well with no signs or symptoms of infection but had become ill on her flight back to China”

This information turned out to be false. As reported by Science, a few days after the article was published, the Robert Koch Institute (RKI), the German government’s public health agency and the Bavarian State Health and Food Safety Authority, contacted the Chinese woman after the NEJM publication.

It turns out that the Chinese citizen actually had symptoms during her stay in Germany, when she came into contact with the German who later became sick.

No tests were carried out in Germany to confirm whether she was infected with the new virus. She was tested for the new coronavirus in China after her return from Germany, and tested positive for the virus.

How was this possible?

The researchers never even spoke to the woman before publishing the article.

The last author, Michael Hoelscher of the Ludwig Maximilian University Medical Center in Munich, said the paper was based on information from four other patients:

“They told us that the patient from China didn’t seem to have any symptoms.”

Virologist Christian Drosten of Charité University Hospital in Berlin, one of the study’s authors and the person responsible for the lab research, told Science:

“I feel bad about what happened, but I don’t think anyone is to blame here”

“Apparently, the woman could not be contacted initially, and people felt this information should be communicated quickly.”

Shortly before the episode – on 21 January – Drosten had been one of the authors of the paper “Detection of 2019 novel coronavirus (2019-nCoV) by real-time RT-PCR“, accepted for publication the following day, 22 January, and published in Eurosurveillance.

This paper presents an RT-PCR protocol for detection of SARS-CoV-2 and a methodology to diagnose the disease.

This test would be especially important for detecting those infected, especially the asymptomatic. It has been one of the key pieces in the strategy to combat the pandemic.

This study was also the subject of a retraction request (and an addendum was attached). The authors of the application, besides considering that it had “numerous technical and scientific errors“, raised doubts about the peer-review process and undisclosed conflicts of interest at the time.

But this retraction has not deterred Fauci from maintaining his recent stance on the issue. He states:

“He said that he is convinced that there is asymptomatic infection and that some asymptomatic people are transmitting infection.”

This conviction was expressed in the following months and Fauci was inclined to value research that went in this direction.

WHO statement on asymptomatics (8 June 2020)

Despite the doubts that research did not dispel, the popular idea was that asymptomatics represented a great danger and were largely responsible for the pandemic’s progression. Therefore, the statement by Maria Van Kerkhove, head of the WHO’s emerging diseases unit, that asymptomatic transmission was rare dropped like a bombshell.

“We have a number of reports from countries that are doing a very detailed contact tracing. They’re following asymptomatic cases, they’re following contacts and they’re not finding secondary forward transmissions onward, it’s very rare. Much of that is not published in the literature.”

After referring to some published studies she concludes:

“It still seems to be rare that an asymptomatic individual actually transmits onwards.”

The statement was disseminated worldwide by the media and met with strong reactions: It aroused incredulity given the measures that were adopted on that basis, but was also criticised by many. Fauci was one of the critics.

The very next day Van Kerkhove makes an appearance to clarify his statements (min 1:40):

” The majority of transmission that we know about is that people with symptoms transmit the virus to other people through infected droplets.”

” What I was referring to at the press conference were a few studies, 2 or 3 studies, that have been published that actually tried to follow asymptomatic cases, so people who are infected, over time. And then look at all their contacts and see how many more people were infected. And that is a very small group of studies.”

“And then I used the phrase ‘very rare’, and I think it’s a misunderstanding to state that asymptomatic transmission globally is very rare.”

“I also referred to some data that is not published, and this is information that we received from our member states (…) And I was referring to some detailed cluster investigations, case contact tracking. We had reports saying that when we followed asymptomatic cases it is ‘very rare’, and I used the phrase ‘very rare’, that we found secondary transmission.”

” What I didn’t report yesterday was that because this is a “major unknown”, because there are so many unknowns around this. Some groups, some modelling groups have tried to estimate what is the proportion of asymptomatic that may transmit, and these are estimates, and there is a big range of different models, depending on how the models are done, where they are done, from which countries. But some estimates of around 40% of transmission maybe due to asymptomatics. But those are from models and so I didn’t include them in my answer yesterday, but I wanted to make sure I covered them here.”

This second statement was spread around the world as a retreat or a retraction of the initial statements.

This controversy has brought to debate another point: what is a true asymptomatic. Those who transmit may be presymptomatic, in the incubation phase of the disease, or paucissymptomatic, who have almost unnoticeable symptoms that may not be associated with the disease.

Van Kerkhove herself, back in December, said in an interview that she was only referring to the “true asymptomatics“.

Meanwhile numerous studies have emerged on transmission by asymptomatic (and pre-symptomatic) people. The results were contradictory. Some suggested a large impact on transmission (1, 2, 3), others a much smaller but significant impact (4, 5) and others little or no impact (6, 7, 8, 9, 10).

Most of these studies face several criticisms and limitations (some acknowledged by the authors). Here are some examples:

In April, Nature reported that the Chinese government ” reportedly enforced policies that require scientists to get approval to publish – or to disseminate – their results“

Although not exempt from limitations, Wahan’s study, published in Nature, manages to escape many of these criticisms, present a huge sample and laboratory confirmation of those infected. In that study, the evidence pointed to a residual, or even zero, asymptomatic transmission. Some other systematic reviews point in the same direction, but not all.

What do health agencies say

“Based on what we currently know, transmission of COVID-19 is primarily occurring from people when they have symptoms, and can also occur just before they develop symptoms, when they are in close proximity to others for prolonged periods of time. While someone who never develops symptoms can also pass the virus to others, it is still not clear to what extent this occurs and more research is needed in this area.”

“Major uncertainties remain with regard to the impact of pre-symptomatic transmission on the overall transmission dynamics of the pandemic, which is mainly based on the limited evidence on transmission from asymptomatic cases from case reports and modelling.”

Asymptomatics were never considered decisive in previous epidemics, or pandemics. Even when the opposite was suggested for influenza, including for the pre-symptomatic, the evidence seemed to contradict this hypothesis.

This pandemic has also questioned long-standing assumptions about this type of virus. This is the case of seasonality or immunity acquired by infection.

The impact that a published case report had in changing a decades-old scientific paradigm is surprising.  The fact that this case has not even been duly confirmed is very worrying and alerts us to the fragility of what is communicated in some of the most reputable scientific journals, by scientists and editors.

Many of these changes were also supported by lower quality studies (many of them not reviewed), especially mathematical models.

Most of these models have failed astronomically in the predictions they make about the evolution of the pandemic. This is because they are relying on assumptions, some very speculative. When they fail, their predictions become absurd when compared to “real data”, a phenomenon commonly called “Trash in, trash out”.

Given the evidence available in this case, for predicting the impact of asymptomatics on transmission, these models have also failed.

One of the assumptions that the models tended to take into account was the very high percentage of asymptomatic people – up to about 80%. Today, estimates point to around 20%. This alone can explain huge deviations in the predictions.

Another problem highlighted by the ECDC is the tendency for these studies to suffer from publication bias.

But everything would be compensated if, despite these shortcomings, there were already robust and reliable studies that could shed light on the subject and support public health policies.

Surprisingly, after all this thats not the case. There is still no consensus or scientific certainty in the major World Health agencies on this subject.

Have we been taking measures with devastating consequences based on wrong assumptions?

Should we have focused on the conventional measures recommended by the WHO before the pandemic, like some countries did?

Should we have focused more on the very mild symptoms, compatible with infection?

Or do asymptomatic people actually play a very significant role in the transmission of the virus?

Have the measures based on this assumption, such as general containments, worked?

The answers to these questions are urgent for us to assess everything that has been done and, more importantly, to avoid making the same mistakes in the future.